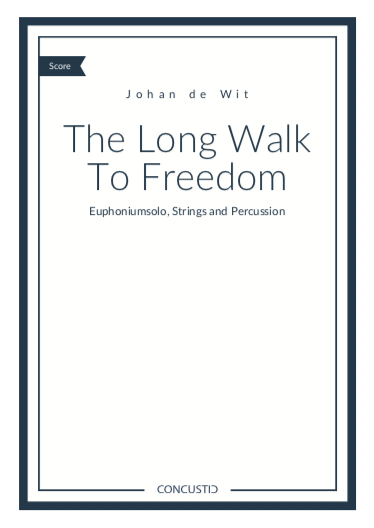 The Long Walk to Freedom

Photo by John-Paul Henry on Unsplash

The Long Walk to Freedom

For euphonium solo, strings and percussion
Composed by Johan de Wit
In memory of Nelson Mandela

Photo by John-Paul Henry on Unsplash

When Nelson Mandela died on December 5, 2013, de Wit began to write down “The Long Walk to Freedom” on the same day. Originally for a string quartet, actually also planned for an alto part, because he had wanted to set South African poems by Ingrid Jonker for a long time anyway. In the months that followed, the piece was transformed into a thoroughly composed three-movement work for euphonium, string orchestra and percussion. 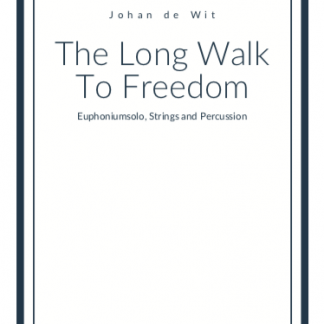